We moved in to the national park campground at Katherine Gorge on Toby’s Birthday and spent the day eating birthday treats and hanging out by the nicest swimming pool we have come across so far!  The unpowered sites in the campground are lovely and shady and it is nice to be able to drive around and just choose a spot, and the big bonus is the free washing machines which we had been told about by some other travellers so I had saved up our washing to do here and put three loads on as soon as we arrived!  It did get very busy in the campground though.  We had two nights camping here and in that time we took a 4 hr, 3 gorges cruise and Matt and Jack did a walk up to the lookout at sunset.  We were a little disappointed as we had planned to spend a day kayaking and canoeing the gorge but when we went to organise our permits and canoe hire we were told that under 5’s were not allowed on the water at all (so that ruled Lexi out) and under 12’s were not allowed to paddle their own kayak/canoe so they boys weren’t able to paddle the little green kayak.  Such a bummer as I really think the best way to see the gorge would be from a canoe.  So that left us with really the only option of seeing the gorge via one of the fairly expensive for a family, boat cruise options.

We decided on the longer 3 gorge cruise as that included a swim at a waterfall.  Unfortunately the waterfall wasn’t flowing so our swim was just in one of the natural pools along the gorge, which was absolutely freezing and we were a little disappointed again!  The cruise was great – very informative and we had a very funny tour guide who made our time on the boat enjoyable.  On the morning of our cruise Katherine Gorge had a sudden cold snap and we were absolutely freezing on the boat in the shadows – fine when we were in the sun.  We enjoyed the cruise and even got to spot a few freshwater crocodiles!  The gorge is very beautiful, some of the longer walks around the area would be spectacular as would seeing the gorge in the wet season with all of the waterfalls flowing.  I had high expectations of Katherine Gorge as it was one of the sights I was most looking forward to seeing and although we felt like it fell a little short of our expectations – the gorge was quite spectacular and the campground was fantastic so still worth the visit!! 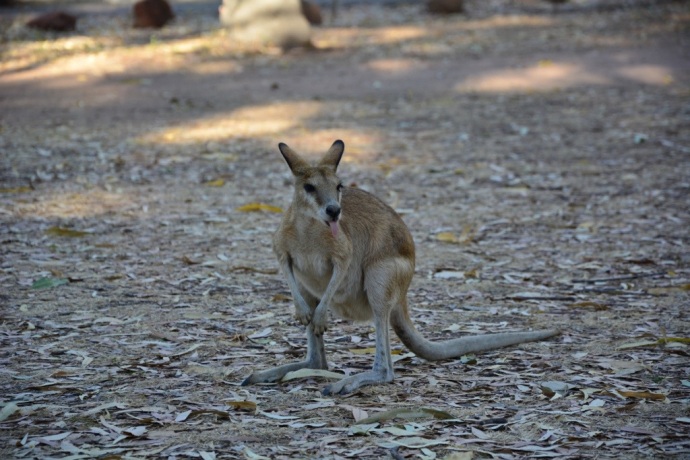 Cheeky wallabies at the campground who kept trying to get in to our rubbish!

Our boat tour – it was quite tricky trying to get good photos on the cruise with heads and bars in the way a lot of the time! 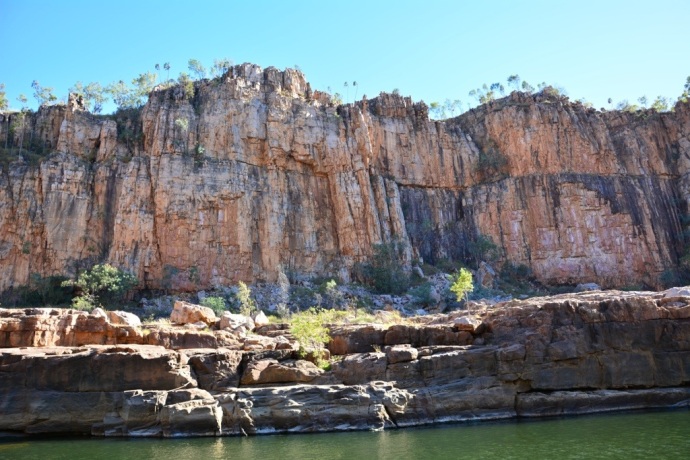 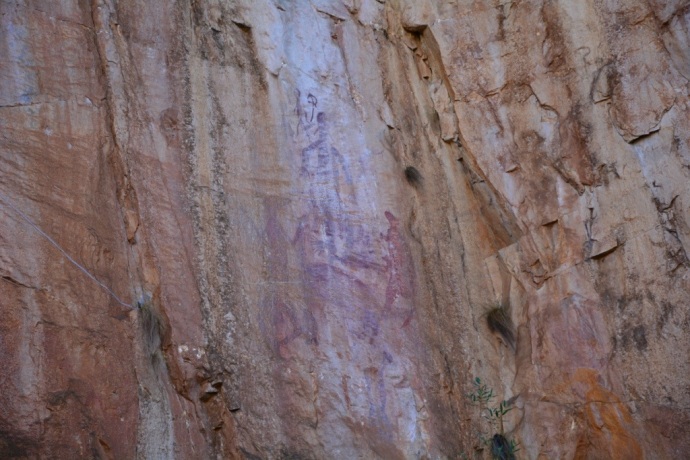 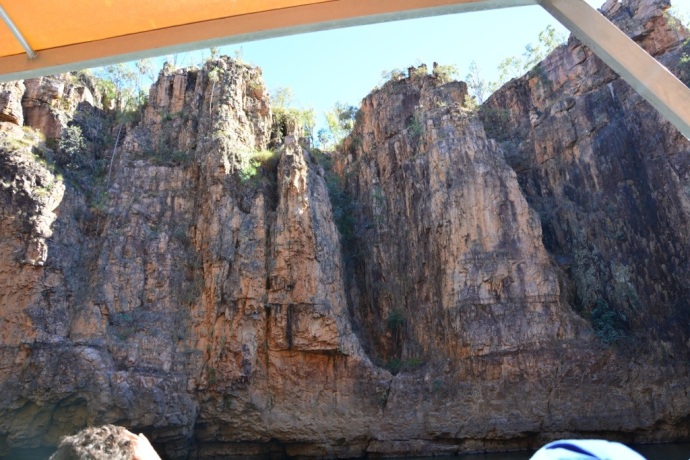 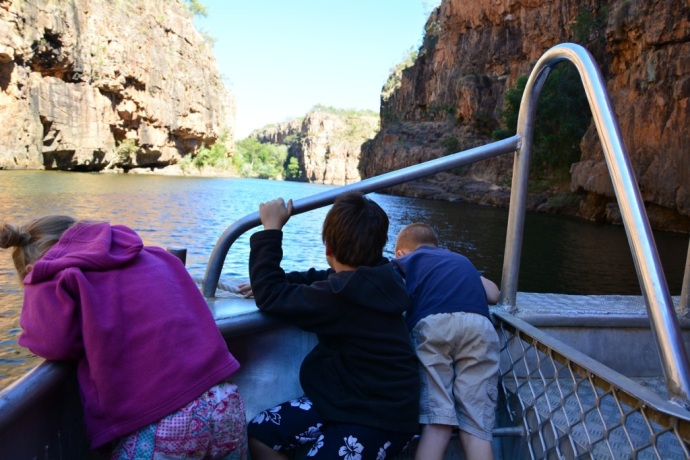 Our stop for a swim 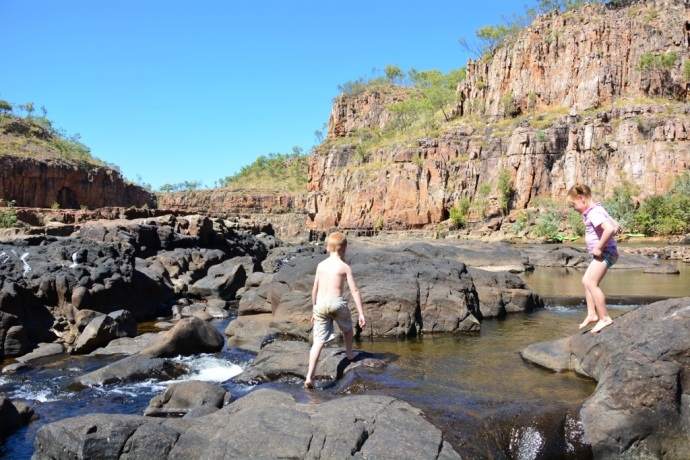 View from the lookout – Katherine Gorge