On our second day at Carisbrooke Station we decided to join in with some of the Grey Nomads on their station tour. Station owner Charles guided us to Python Canyon where we had a short but fairly steep walk down to see some Aboriginal paintings. It was nice to visit something so interesting in a fairly non-commercial setting. 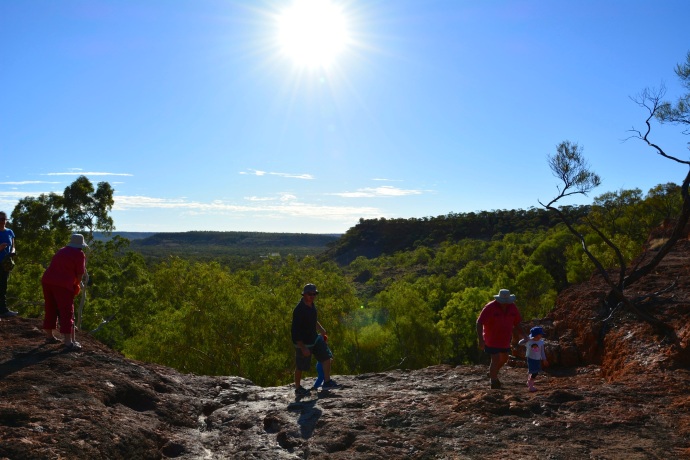 Looking out over Python Gorge 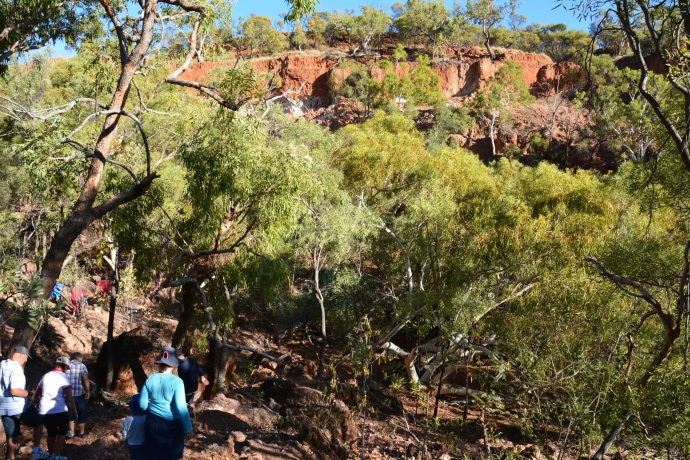 All the kids walked down & back up by themselves and so did the Grandparents!

All the kids walked down & back up by themselves and so did the Grandparents!

From there we went on to the station’s private opal mine. Of course with Grammy & Grunda with us we were keen to do some fossicking and Charles was happy just to leave us there to spend the day looking for that magic opal that was going to see us all retired by the end of the weekend! We didn’t find anything really amazing but at least we all found a few bits and pieces with some colour in them so it was quite exciting! It was however very hot! I can’t imagine what it would be like out here in summer!!! 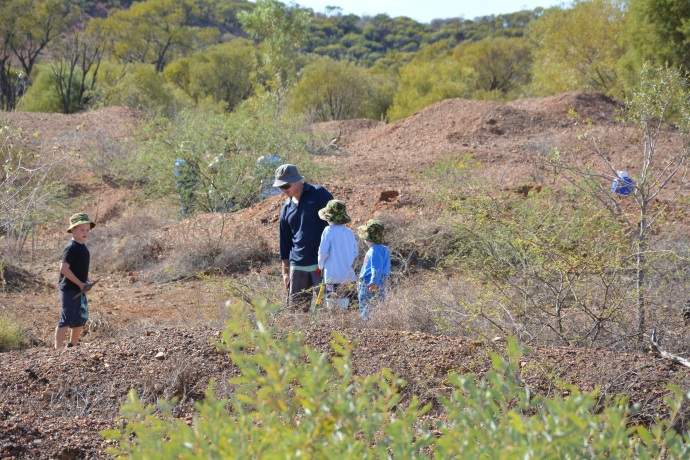 The Campbell Boys claim – don’t mess with them!

Grammy & Tobes with their treasures

Lunch time at the Opal mine

We had a good stay at Carisbrooke Station and owners Penny and Charles were very friendly and accommodating – however it is a long way out of Winton (also quite corrugated) and being in drought there was no water in the dam so nowhere for the kids to swim and cool off at the end of the day. Not quite Easter at Emu Park but still a great family weekend together with some lovely memories! 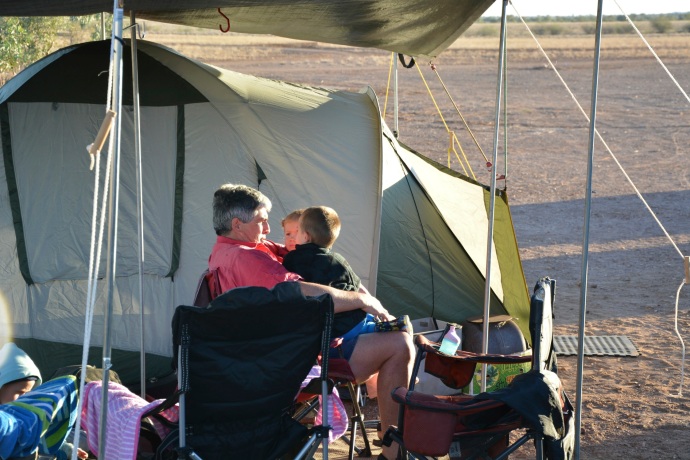 The Fealy/Campbell kids in the shearing shed 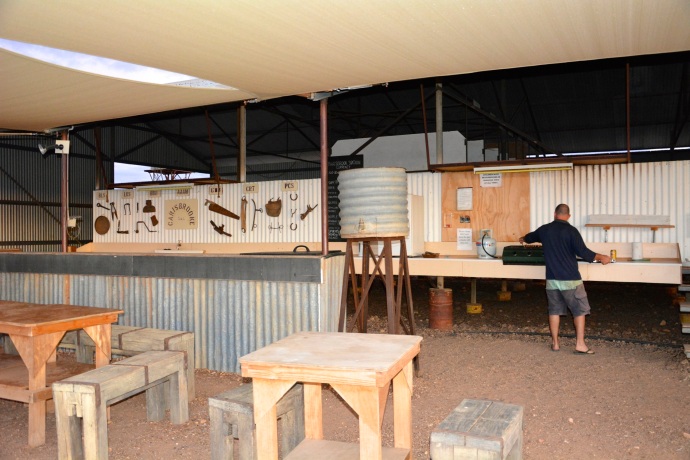 Matt and I and the kids feel so grateful that my mum and dad and Beth & Rod drove all the way from Townsville (7 hours) just to spend the weekend with us and wish us Bon-Voyage for our trip – it was a really lovely way to kick off our adventure and nice to see everybody before we are away from them for the next 7 or so months! We feel so lucky to have the best family in the world – thank you Mum, Dad, Beth, Rod, Riley, Dylan, Cooper and Corey xoxoxoxox

PS. Sorry about the photo sizes in this post – we are playing around trying a few different things trying to figure out the best way to use as little internet as possible to try and get the blog posts uploaded quickly as we are flying through our internet quota’s!  If we can get some decent free WiFi (the internet at the library yesterday was just too slow!) then I will try to re-upload the photos – bummed because these photos are some of the nicest from the trip so far but I just don’t have time to re-upload them now!